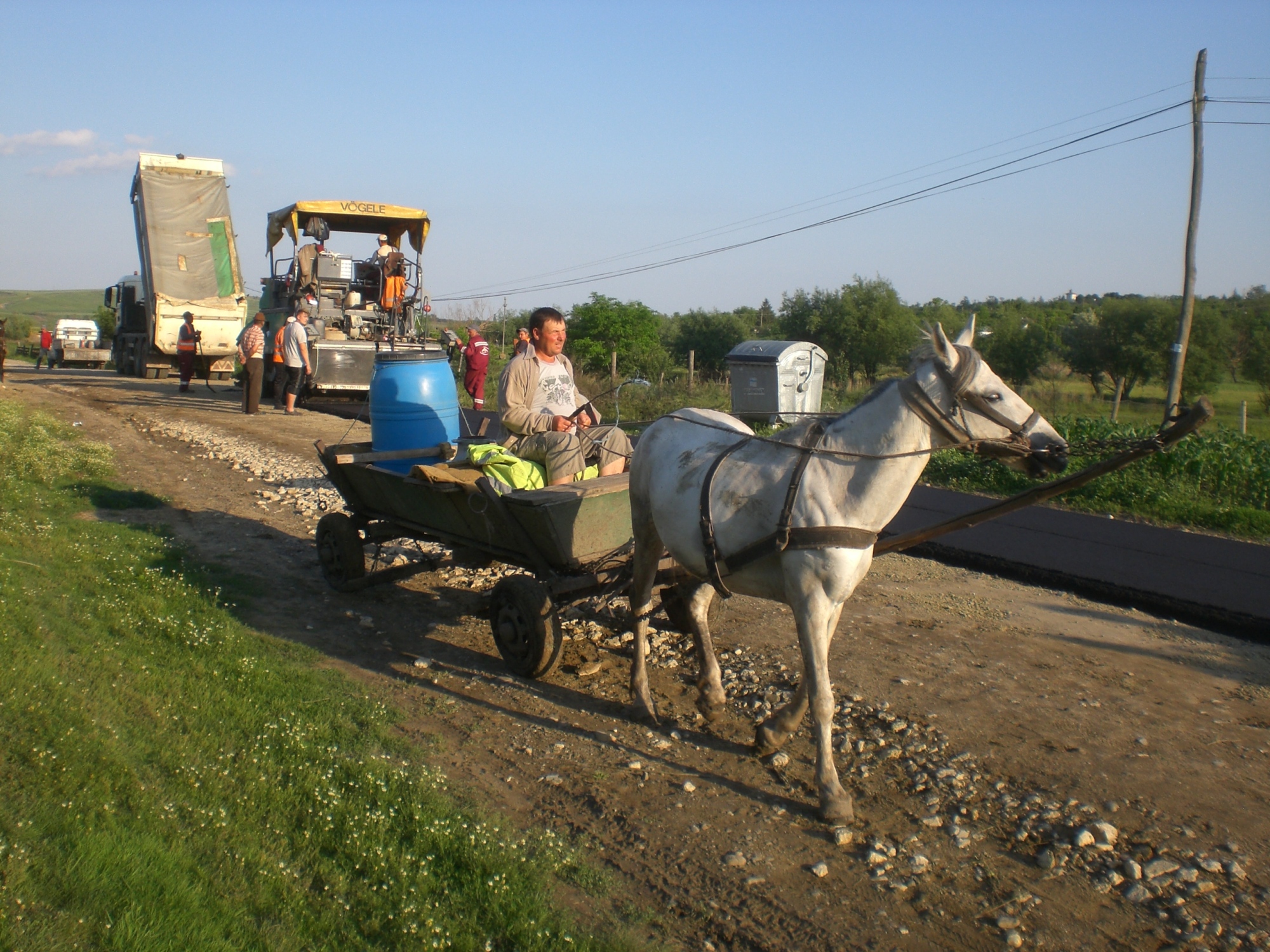 A little clunky as a title but it’s meant to cover several subjects. They include the (to me) fascinating topic of shamanic shepherds, which I’m about to touch on in a talk for the Haverfordwest Probus Club, but also the political whirlwinds that are buffeting so many of us right now. In some ways, those whirlwinds are whooshing us together almost as much as they are blowing things apart. By blowing apart, I mean Syria, and Yemen, and the on-going war in the Donbas, the beastly Brexit and countless other troubles, and by whooshing together, the phenomenon of Jeremy Corbyn and the hordes of British volunteers who are helping refguees – because although I love Romania and am curious about many other places in the world, I still consider Britain as my home. And the dreadful pun in my title is a way of saying sorry for not posting anything at all since March.

After that last post, I returned to Romania for the first time in two years. My book, whose working title is Carpathian Sheep Walk, was in the doldrums and I thought it would be good to look at something else. So I went to a medical conference organised by a remarkable hospital in Zalau, north-west Transylvania. If you know anything about Romania’s health care system you’ll have heard the recent scandals over watered-down disinfectant, slapdash doctors, low morale, high ‘nosocomial’ (C difficile, MRSA and their friends) infection rates, and endless stories of woe. A chance meeting with an English philanthropist back in 1996 had given me some insight to this issue. Invited to have a look round Salaj county hospital, I saw grim corridors and crowded wards but I also talked to a handful of staff who were determined to make the institution better. One of them had been ‘volunteered’ by Ceausescu to work in Angola. She was shocked to see that health care was better in Luanda than at home. Since 1991, she and her colleagues have received a lot of help from a British charity called Medical Support for Romania. MSR has devoted its efforts to supporting this hospital alone, raising funds for new equipment and for exchange visits, but nothing would have moved at all if the nurses and doctors in Zalau hadn’t accepted the challenge. One of the latest innovations is a patients’ representative. Her name is Adina and she has an office in the hospital but is paid by an independent organisation. Adina told me that many problems arise through lack of communication. But as patients and staff know they can trust her, most of the troubles that land in her lap can be solved by simply explaining things better.

At the conference, then in its seventh edition, a record number of 300 delegates turned up. Unlike me, none of them was fazed by its official title of Sterilizare, which meant it was all about infection control and not to do with sterilising people. I’d met some of the hospital staff before but now I came into contact with a posse of British NHS medics and nurses who had given up their holidays to speak, share information and support the Romanians. Most of the Brits came from the north of England and north Wales. Two were nurses who had served with the armed forces, one in Iraq, and the other in Sierra Leone, where she volunteered to treat Ebola victims. There was a Romanian nurse who has settled in north Wales, and several surgeons. They were a great bunch, funny, dynamic and very modest. One afternoon, I found myself swigging sherry in a hotel room with three other Welsh speakers – it was iechyd da indeed. During the conference we had a conducted tour, and I saw a transformation: state of the art sterilisation equipment, a brand-new laundry and a renovated morgue – unglamorous but vital – and as our Romanian guides wore themselves out with conscientiousness, I thought of the hospitals I know of at home in Wales were those simple cleansing processes are often brushed aside. Everyone is under a lot of pressure, both in the NHS and the Romanian health service (the irony of Romania’s doctors being offered work in the UK while British medical and nursing training are being so run down didn’t escape anyone), but it was great to watch people from both sides of Europe able and willing to support each other even when working under such duress.

Eye-opening and uplifting, the conference also showed that Zalau isn’t the only Romanian hospital whose staff are changing things for the good. I met three or four nurses from different parts of the country who have set themselves very high standards. In the welter of articles and news items that show only revulsion for Romania’s health services, it’s hard to find any space for a good one. The very fact that they exist shows there is hope.

I wrote a short piece about Zalau’s pioneering work for BBC radio. It was broadcast at the end of August. (In case that one doesn’t work, here’s another link.)

From Zalau I went to Baia Mare. There I got in touch with Diana Damsa, a young activist who has been working with Roma from a ghetto that’s grown up since the 1989 Revolution. Diana is a member of Initiatives of Change and she teaches adults and children practical skills they can use legitimately to earn money. It’s had a remarkable effect: one evening we sat down to watch a film with seven well-spoken Roma teenagers who were either at school or university. Diana and I visited another ghetto in Baia Mare. This was a couple of very run down five-storey housing blocks which had featured in the tv documentary, The Romanians are Coming. One of the town’s councillors had insisted on having a wall built to hide the ‘unsightly’ homes from passers by, as if masking them would make them go away. Diana’s reaction to the wall was scathing. But unlike many of her fellow countrymen and women who were scandalised by its negativity, she told me The Romanians are Coming gave an honest picture of what happens to Romanian migrant workers in the UK, and said that it followed their thought processes without prejudice. I watched the three-part film when I got home and agreed with her, feeling very sorry for the Romanians and disgusted by the xenophobic British by-standers whom the director had dredged up from somewhere unmentionable like UKIP or the BNP.

After Baia, I went by train from Cluj to Suceava, to visit charities that help the homeless in the nearby town of Dorohoi. Most of my time was spent with Asociatia Neemia, but Neemia has professional and social ties with several other charities in the town and I had a chance to talk to their aid workers too. Many of Neemia’s ‘clients’ grew up in state-run children’s homes, the kinds of institutions that horrified so many of us who saw tv reports from the early 1990s. A lot of those children were diseased, disabled or emotionally disturbed and the orphanages threw them out when they reached the age of 18. With nowhere to go and nothing to do, many ended up sleeping rough, begging and getting into trouble. The charities I visited in Dorohoi are run by a variety of non-conformist churches, notably the Baptists. All religious organisations were suppressed under the Communists but the non-conformists have burgeoned since Ceausescu’s regime fell, and I found them admirable in every way – unassuming, practical, good-hearted and patient. But even as they find temporary homes, build houses, provide cash for food, clothes and bikes, they can’t help everyone and what they do is only a fraction of what’s needed. There is a stream of visitors asking for help every day. Even so, I never saw Neemia turn anyone away.

It was humbling to listen to the stories told by some of the youngsters that Neemia and its fellow charities are helping. Their cheerfulness and courage shone through. They were the very antithesis of the blamed image of the poor which our self-righteous, right-wing government is ramming down our throats. It was so manifest that I wanted to shout. Of course not all of the people who received support were angels: some thought it was OK to go on having children when it was the last thing they were equipped for, and some were downright ungrateful, but the vast majority only needed the most basic thing – human kindness – to thrive. Interviewing one young man who had a learning difficulty, I found my attention wandering a little but it snapped back into gear when he said, ‘What I like about this charity is that the people here give me respect.’ 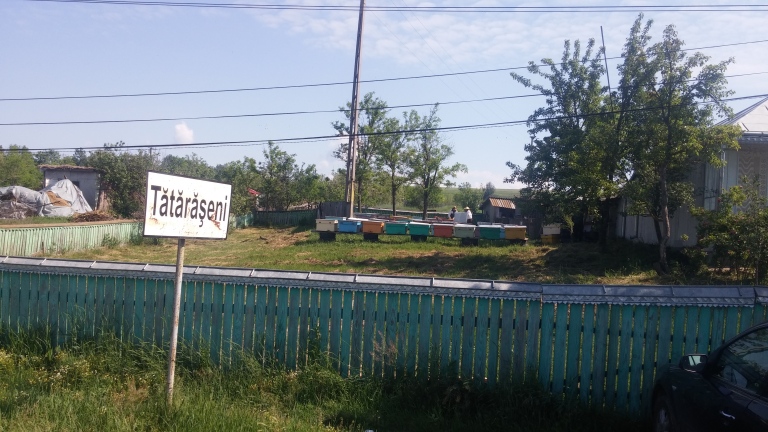 There was respite: my hosts Liliana and Steve Humphreys invited me to their home for a weekend. They lived in a village called Tataraseni. Out in the slumbering steppe, I met a shepherd who was an acquaintance of theirs.

I was in Dorohoi for nine days. Having got home I felt so moved by the experience that I made a film which I’ve called Looking for Angels.

Next week, I’m off to Romania again. This time it’s to catch up with some of my shepherding friends. Before leaving, I’m giving an illustrated talk about Romanian shepherds and their transhumant traditions. The title is Old Pathways in New Europe: How Romanian Shepherds are Keeping Track. It touches on some of the episodes in Carpathian Sheep Walk, among them a tale about shamanic shepherds in the Caucasus. While preparing the slide show, I contacted Marcu Jura, one of the shepherds I’ve known about for years but never met. Marcu studied philosophy in Sibiu and abandoned a well-paid city job to return to the hills. As well as tending his sheep, he writes pithy articles for Republica, an online newspaper. I asked if the problematic laws against grazing and sheep dogs had changed since Lucy Ash’s broadcast for Crossing Continents (see an earlier post). The answer was no. But Marcu and his wife, Serin, belong to a new generation of sheep farmers whose knowledge of current affairs, including environmental concerns, is surely a good thing. I’m hoping to learn a lot from them – and if I do, to pass it on to you here!

One thought on “Shaman me”